Are Out of Print D&D Products Abandonware?

Over at Chgowiz's old guy RPG site he is asking if he can keep moving forward with his Ultima RPG project without EA coming down on him in a legal fashion. The interesting thing is that Ultima has been considered Abandonware for several years now. EA does not seem to kick up a fuss about games that really don't play into the profit margin, and this is pretty much the definition of Abandonware:

Abandonware refers to computer software that
is no longer sold or supported, or whose copyright ownership may
be unclear for various reasons. While the term has been applied largely to
older games, other classes of software are sometimes described as such.

So the recent actions of Wizards of the Coast creates a situation very similar to Abandonware. They are no longer supporting those games and they no longer make a profit off of them (though they easily could). Ryan Dancy (whose brand manager energy and foresight made 3.x a very successful game) makes the following point in the comments over at RPG Pundits Blog:

PDF? Causes endless problems with hardcopy partners creating pressure on
sales team they could really do without, and revenues are so small as to be
non-strategic. Cut it.

The revenues from the PDFs of old titles are probably considered non-strategic and thus we may never see them again. However, googleing D&D torrent will show that they are all over the internet, abandoned never again to make significant income for the copyright holder. Abandonware.

Recently WotC has announced that it was going to shut down its sales of PDFs due to piracy. I think there are two flaws in the logic they are basing their actions on.
The first it would seem is the assumption on the part of WotC is that the piracy occurs because they made the product available digitally. However my experience is that the product will become so no matter if WotC makes it digital or not. Given that I have pretty good evidence that piracy occurs way up their logistical train I think it is safe to say that PDFs or no PDFs WotC will get pirated.
I think the second flaw in the logic is that reducing piracy will increase sales. It only increases sales when the customer has a legitimate way to obtain the product in the new format. That is the problem that the recording industry faced. The record companies were so asleep at the wheel that they did not see the MP3 coming and it took them about 2 years to find out what happened to their CD sales. Essentially CDs had become obsolete and there was no way to obtain MP3s legally. Now there are outlets like i-tunes and this has given legitimate buyers a place to obtain music in the latest format. The paper world is just slower. CD to MP3 happened fast because it was digital to digital. Publishing is lagging a little because it still is largely paper to digital. Publishing has gone digital on the production side but not entirely on the distribution side. Thus it is easy for publishers to make a digital product but their logistics are such that they are still tied to paper for profit.
Though what I suspect has happened is that WotC has decided that they actually can do better at electronic sales if they are the sole source. After all they have the records of the sales and know the numbers and how much they a loosing to the middle men One Bookshelf and Paizo. Suing the people that distributed PHB II might be part of the same move for a different reason.
In conclusion I think that WotC will loose sales from this move until they have a way for people to obtain their content legitimately. Until then I suspect that electronic piracy of their products will undoubtedly increase.
Posted by Steamtunnel at 8:54 AM 2 comments:

Gloves of Transposition (aka Switchgloves) 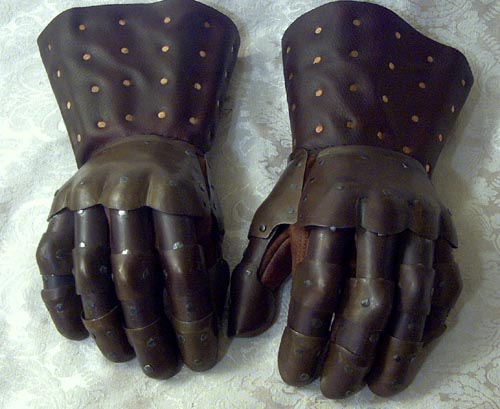 My 4e group ran into the common problem of actually having to end a session in the middle of a dungeon. Also I would not be present at the next session, and someone else was actually going to start playing with us and we needed a way to bring in the a DM PC that we have been using to fill out the party (don't worry, he is not an uberlevel locomotive). We needed an in game way to make this work and we might have to do it again. So after some thought I wrote out this magic item to help with the problem and not break the game. The gloves were made with 4e in mind but their use is so conditional that I could see them being used in games based on older rules, even stuff created by the Old School Renaissance.
Gloves of Transposition(Switchgloves) Level Any
Daily + Teleportation
These gloves look like a pair of ordinary black leather gauntlets. Each one has what looks like an obsidian jewel attached to the reverse side of the palm of the glove. Worn together the gloves are inert, they register as magical but have no ability whatsoever. The magic of the gloves only works when one glove is worn by two separate people. When worn this way the magic of the gloves enables the wearers to switch places as long as they are physically on the same plane. Each glove allows a limited telepathic link to the other user. With this link each user to do the following:
A. Open the link to the other wearer using their name.
B. Let the other user know they are ready.
C. Let the other user know they are not ready.
No other information can be sent down the link. It is not possible to don one glove and learn the name of the user with the other glove even if the other user is willing to share it.
For the magic to work several conditions must be met:
1. Each person wearing a glove must know the name of the person wearing the other glove.
2. The gloves will not allow someone to switch into immediate danger, including combat.
3. Both users must take a short rest to activate the gloves.
4. Each person wearing a glove must be willing to switch.
5. Each person wearing a glove must have communicated their readiness to switch.
When all these conditions are met a golden glow rises slowly up out of the depths of the jewel on each glove until the jewel is glowing with a very bright amber light. The users of the gloves, their clothing, equipment and everything they are touching then begin to glow until all are emmenating light, obscuring color and features. The light then begins to fade with the other user in the place of the user wearing a glove.
If the user is touching another person, then they are also transported if they are willing. Though passengers do not need to be part of the telepathic exchange that activates the gauntlets. Thus the gauntlets can switch out one for one, two for one or two for two.
Posted by Steamtunnel at 12:30 PM 1 comment: