The 1e Re-release is a Census 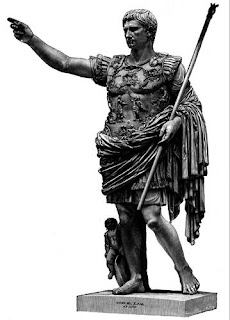 News that the 5th edition is in the pipe has arrived. On its heels is the news that Wizards of the Coast is releasing 1e with original interior art and new covers in a special direct to game store printing with a charitable donation to the EGG memorial fund for each copy bought.

There can be no doubt that this is absolutely directed at the OSR. Here are the reasons why:

1. There is a huge connection between the OSR and the GGMF. A quick surf around the OSR blogs will show that the GGMF is the generally the favored charity of the OSR. This can be seen in the 2011 GenCon announcement for the GGMF:

The Gygax Memorial Fund will be hanging out at the Old School Renaissance Group, booth 1541 in the exhibit hall. Gail Gygax, Gary's widow, will be there, and she will also be presenting the 2011 ENnie Awards on Friday night.

2. The sale of these things is being listed as a hobby channel exclusive.
Given this I am led to think they are tracking these sales with care. Number sold will not be simply the number sold into distribution, but the number sold to each game store.

3. Given that there is a donation attached to the sale it behooves Wizards to track sales more carefully.

4. The audience are people who would buy a 1e book. This indicates that it is someone who probably is not into the latest iteration of the game or at least would enjoy an older version of it.

5. The audience are people that actually keep up with what Wizards does, but still don't keep up with the current iteration of the game or at least enjoy an older version of it.

6. The audience is made up of people who want to patronize games stores.

I would wager this fits 90% of the OSR population.

For a long time we have had the ear of The Mearls, and at least the attention of Monte Cook. However we have not had the attention of sales and marketing. I think that this is an attempt to measure the probable size of the OSR. Its a census. The designers and developers will respect us because (generally) the OSR is kinda fun. But sales and marketing are only going to respect hard numbers that without a doubt translate to sales. The nature of this release is one that can be written off as a charity if it turns out that we are 1000 dudes with really loud keyboards. But if sales indicate that this segment is in the 10s of thousands, Wizards is going to rethink some things, I guarantee it.

I think we might be a whole lot bigger than we think we are, both in voice and in number.
Posted by Steamtunnel at 1:57 PM 9 comments: