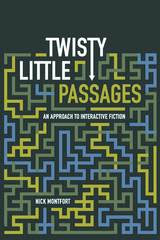 D&D is pretty hard to classify. Even experts on D&D can often disagree on exactly what it is. This makes it something that is very difficult to study. As James at Grognardia and the so called OSR at large has demonstrated much of the study of the game comes through examination of rules changes and additions through its history, with very little examination of actual play. Observing actual play of D&D is a lot like studying sub-atomic particles- it takes a lot of resources to find a game that can be observed and when observed you may not see what you are looking for or not know what sort of environment you will find when you do observe. And does observing the game change it? Possibly.

So a while ago James asked “What Happened?” The question he is asking here is: Why did D&D go from a game sold in the mainstream to a game that was not? In 1983 D&D was available in grocery store toy/game aisles, department stores, and books stores. By 1985 it was pretty much only available in book stores or specialty shops (comic/game stores). I posted in the comments for the post at Grognardia that there is not a single factor that was a “smoking gun” but rather several things working in concert. In addition all these things and how they combined were obscured by the "satanic panic" of the time. The panic obscured what was going on not because it killed the sales but because of the opposite: it blew them through the roof. This record level of sales due to hype obscured the impact that business and design decisions had on game sales. The degree of the success of the game based on its own marketing and its own quality was forever obscured. Even after the smoke cleared, it was impossible to say why after the panic sales were trending downward when before they had been on a healthy trend upwards.

We can’t know for certain what happened. However there are some places we can look that might allow us to figure out why D&D came out in a decline on the other side of the panic. There are two industries that happened concurrently with the development of RPGs, and it can be surmised that all three are something that occurs as a society computerizes. Both of these other industries share two key socio-economic traits with RPGs. One is that both were connected with a social fad and another is that both had steady economic growth to a peak and then a long decline after a fad phase. The first is interactive fiction which is almost as old as D&D itself and walks hand in hand with D&D and RPGs in general and always has. It breaks into two branches- the text and the electronic. The other was “arcade video games” which were not as influenced by content and concept but do share a similar fad and economic pattern.

Interactive fiction started with computers. “The Colossal Cave Adventure” was developed in tandem with the march of computerization and the appearance of D&D. It was expanded upon and also called “Adventure.” It was followed by “Dungeon” an early version of “Zork.” These games emulated the exploratory sandbox and puzzle aspects found in D&D. “Colossal Cave Adventure” was developed between 1975 and 1976 and improved upon in 1977 and had many variants. “Zork” was developed between 1977 and 1979, with the “Dungeon” variant appearing in 1977. While the text based variation on interactive fiction known as “Choose Your Own Adventure” did have its start as an idea around 1970, it did not find a publisher until 1975, and did not break into the critical success it had until 1979. All of these things are happening at the same time that D&D and RPGs are ascendant but before the advent of the panic.

The arcade video game industry developed largely independent of D&D. In all its faddishness it shares two traits with electronic interactive fiction and “Choose Your Own Adventure.” Additionally these two traits are shared by Dungeons and Dragons. These two traits I believe are the key to why all of these pastimes experienced a slow decline and their connection to Dungeons and Dragons will become readily apparent as we examine what happened to interactive fiction.
Posted by Steamtunnel at 2:43 PM 1 comment: